The term social media influencer has sprung up thanks to the rise in usage of now hugely popular platforms such as Instagram, YouTube, Twitter and more.

It was born from the opportunity for any individual to have a voice and be an expert in an area they love.

But the broader notion of an ‘influencer’ is nothing new. Previously, we might have referred to such individuals as market experts or brand ambassadors. In the charity space, we are well-versed with the idea of patrons.

Whatever you want to call them, these people come with fans, contacts and an expertise in their field.

What is different about influencers is that they now have control over their own message thanks to owning their channels and output. No more reliance on gaining notoriety through national or local media and having their views broadcast as part of a wider news feature.

And this allows charities to work directly with this new generation of celebrities to mould a message befitting of both parties: influencers support a cause close to them while charities gain access to a large, engaged audience.

A great recent example of how a famous name can bring change and catapult an issue into the national consciousness is that of Manchester United star Marcus Rashford. Rashford took it upon himself to campaign to extend free school meals for children in need, highlighting the often-forgotten poverty that still exists in the UK today.

While not part of a specific promotional charity campaign, Rashford has displayed just how powerful a famous name with a real passion and belief in a cause can be influential in raising awareness and building support.

Starting out with influencer marketing

To begin with, you should focus on the people you want to reach i.e. who is your target audience? Then think about their interests, values and lifestyles and then consider influencers who would best match these elements.

You can see that we’re making some very broad assumptions here but hopefully you get the idea: at its core, your strategy needs to ensure you align the target audience with the right influencer.

This really does go back to the basics of good marketing and understanding your audience, their demographic and their likes (and dislikes). Rather than selecting an influencer based on age, your charity may well look to align with someone who has a genuine cause to support: think of David Attenborough and the natural world or Rashford and child poverty.

Whatever your charity’s cause, there are people with significant followings who share the same values and who you can work with to amplify your message.

Regarding who to reach out to, the influencer pool is huge - and growing all the time - and made up of a wide and diverse range with different follower sizes.

Here, the advice is to not focus purely on those with impressive fan counts but instead aim for a mix of what are dubbed macro and micro influencers. Determine big names with associated reach but don’t overlook those with smaller, yet still significant, audiences as these people often have a closer relationship with their followers and, as a result, are more likely to be listened to.

On top of that, there are the people on the ground, living and engaging with local communities.

They not only have a real passion for your cause but also the respect in their local communities and the ability to make a direct impact - provide them with support from HQ, give them access to marketing images, collateral, case studies. They will naturally wax lyrical about the wonderful work the charity does but they might just need a little support in making their social media posts pop. Give them support where you can and point them in the direction of free, easy-to-use tools such as Canva to help design professional posts.

There are a few tools online to help you find influencers within their niche area. One of the best is Buzzsumo, which allows you to search within specific areas: 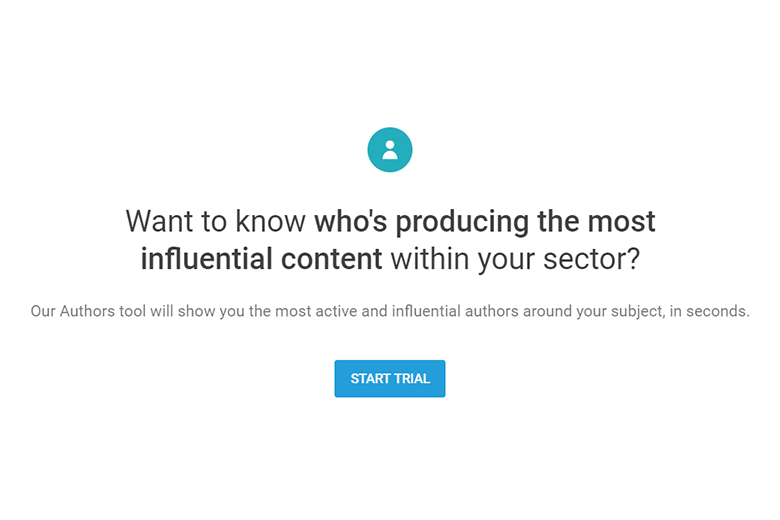 Social Bakers is another highly-regarded platform, but there are plenty available, so search for ‘find social influencers’ and take a look at which one works for you.

Pro tip: You’ll need to apply a spot of lateral thinking to find what you need. For example, on Social Bakers, you can search for Instagram influencers through a range of categories so a children’s charity might be best to find users under ‘parenting’. 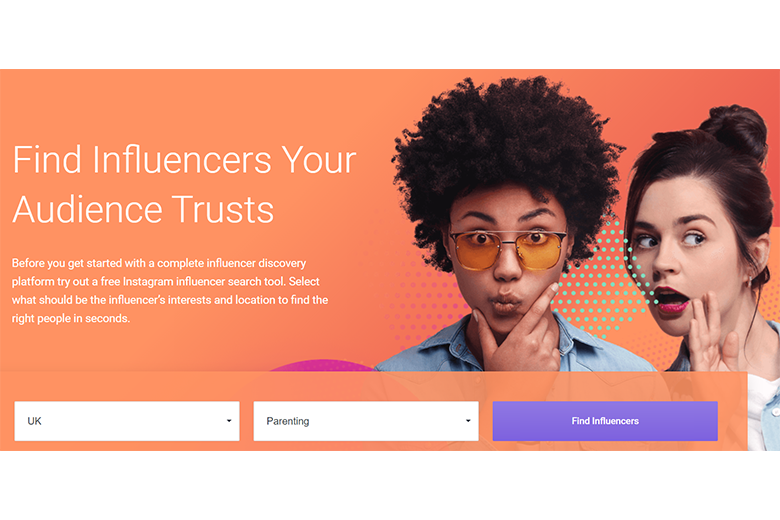 Just as with any good marketing campaign, you’ll need to get your creative juices flowing to ensure maximum exposure to your influencers’ audiences. There are many different avenues to explore depending on your charity’s tone of voice and values.

Charities which have used social media influencers to strong effect have approached their campaigns in different ways and below are some examples which will hopefully help you with a few ideas.

One of the most powerful influencer campaigns was back in 2012 when domestic abuse charity Refuge teamed up with YouTube make-up artist Lauren Luke. Lauren appeared with what looked like serious facial injuries as a result of violence and provided a tutorial on how to cover these up with make-up. The injuries were fake but the videos tapped in to behaviours of abused women within a campaign called ‘Don’t cover it up’.

This kind of shock tactic can be unsettling, causing us to question our own behaviours and habits. 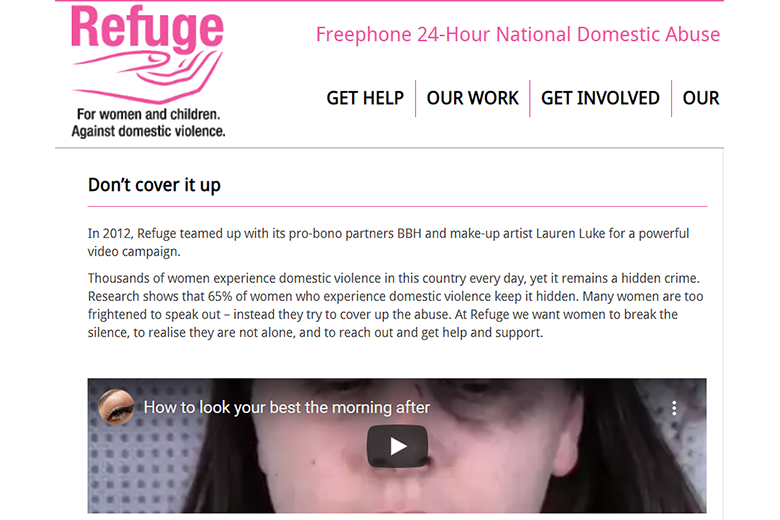 Refuge's Don't cover it up campaign

In order to ensure a campaign is authentic, charities can work with influencers who have suffered their own life difficulties or trauma.

In 2017, Campaign Against Living Miserably (CALM) ran its ‘Don’t Bottle It Up’ campaign with Chris Hughes, a contestant from reality TV show Love Island. Chris, who has more than 2m followers on Instagram, suffers from anxiety and was therefore a sensible fit for the charity. 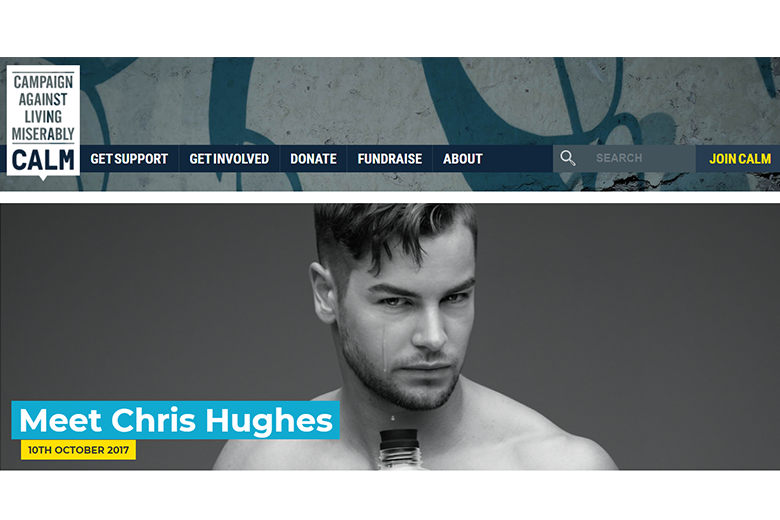 My final example is of a highly creative campaign where three big organisations joined forces and found a great fit between them. Barcelona FC, white goods company Beko and charity Unicef ran the #EatLikeAPro campaign with an aim to not only raise money and awareness but also promote how to introduce a healthy eating lifestyle. The initial objective of raising 1m Euros was hit as Barca’s football stars - idolised across the world by millions of young fans - used their huge draw to promote the healthy-eating message. 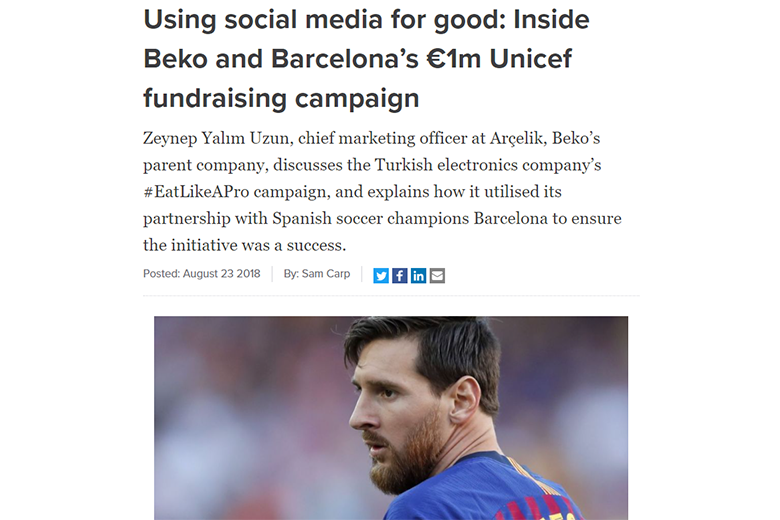 Things to be aware of:

Influencer marketing is an area all charities can benefit from and you shouldn’t be put off by thinking your organisation might not be big enough. This area of marketing isn’t about targeting the new-style celebrities with huge followers - it’s about alignment with their values.

If you are a smaller charity then you can test the water with a smaller campaign and hone in one or two influencers who really match what you’re aiming to achieve.

Social media platforms constantly grow and the likelihood is that more of them will spring up in the future so make sure you’re part of the conversation. 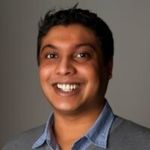 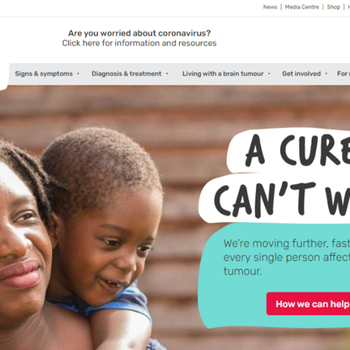 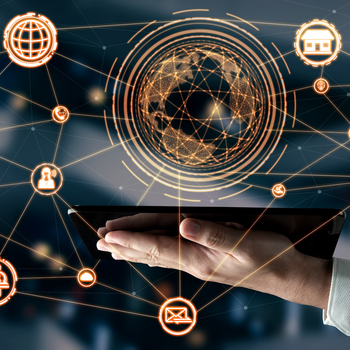 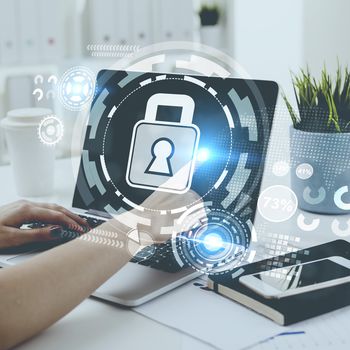